REBEL is a Seal Point Bicolor. He draws a lot of attention in the show halls, with his true charm and good looks. He absolutely loved being shown.  Rebel achieved his title of SUPREME GRAND CHAMPION in only two shows! Rebel is also Number 2 Ragdoll Cat in the World in TICA. He is also a Longhair International Winner. In the Mid Pacific Region he is Number One Cat of the Year! 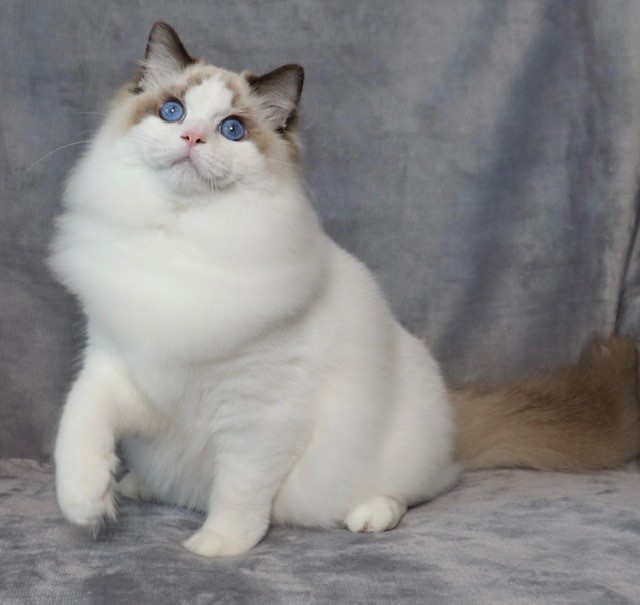 PAXTON is a Seal Point Bicolor. He is an absolute sweetheart that enjoys lots of attention. He is our own breeding that carries those beautiful looks and exquisite sweet personality! Paxton has not become a daddy yet. But we are hoping for his babies in 2023. 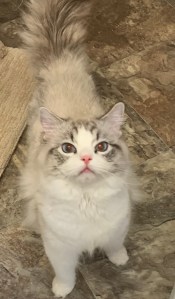 JUSTICE is a Seal Lynx Bicolor. He is the absolute, love of our life!! He insists on getting our attention constantly. He loves to be loved on. And of course, we love giving it to him. He has produced some of the most magnificent kittens for us! He is the father of Rockstar Rebel. The best thing about Justice…………he always passes on those good looks and that incredible sweet personality!!!!! The only thing Justice is not good at, is taking pictures. We have taken many pictures of Justice. However, this was the best we could get. He is much prettier in person!! 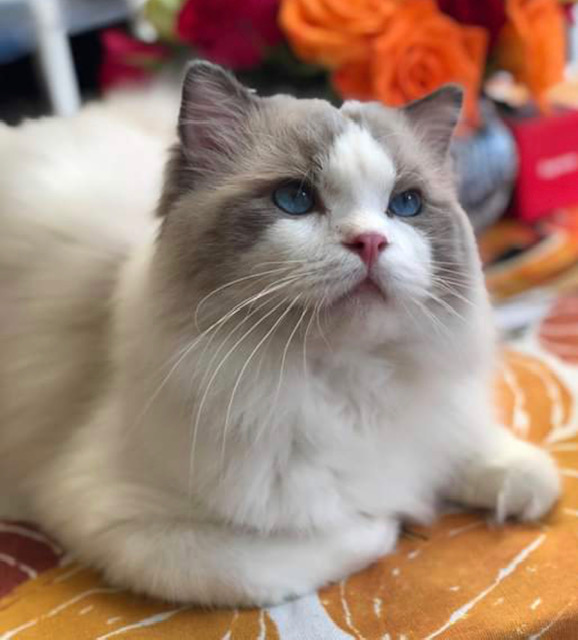 SUGAR is a Blue Point Bicolor. He has an absolute sweetheart personality. He always follows us around to capture our attention whenever he can. Sugar is a Champion in CFA. We are very proud of Sugar and the babies he has produced! 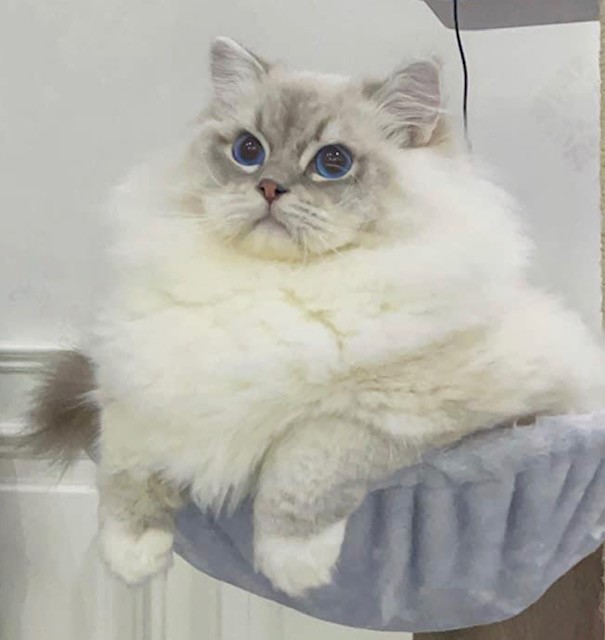 Swagger is now retired and very happy in his new home. 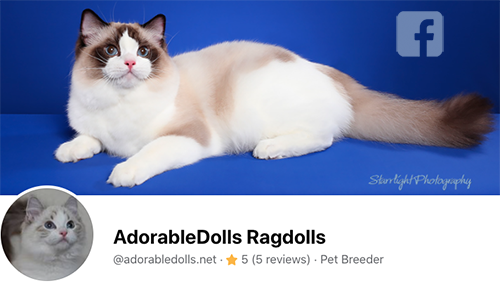